Virginia Outwin Boochever (1920–2005) was born in Newark, New Jersey, and grew up in nearby Maplewood, where her father was the president of a medical supply company. After graduating from Smith College in 1941, she became one of the first female commissioned officers in the Navy WAVES. In 1945, she married Louis C. Boochever Jr., a U.S. Foreign Service officer, and for the next thirty years, she dedicated herself to raising four children and to the diplomatic life that took the family to Luxembourg, Paris, Belgrade, Rome, and Brussels. Gregarious and curious, she took pleasure in learning about the art and culture of the countries where she lived and engaging the myriad people she met.

In 1974, the Boochevers moved to Washington, D.C., where Mrs. Boochever took on a variety of volunteer activities. She was most passionate, however, about her work as a docent at the National Portrait Gallery. Appreciation of art was a lifelong interest: as a young woman she had studied art at the graduate level, and she and her husband were enthusiastic collectors. Mrs. Boochever delighted Portrait Gallery visitors with her knowledge of the art works, especially of the subjects' lives and times, and continued as a docent for nearly two decades. She moved to Brunswick, Maine, in 2003.

Always interested in people, Mrs. Boochever saw the endowment of a portrait competition at the National Portrait Gallery as a way to benefit artists directly. Her knowledge of the portrait museums of England, Scotland, and Australia allowed her to understand the role their competitions play in encouraging portraiture, and she saw the endowment as a unique opportunity to fill a void in the American art world. 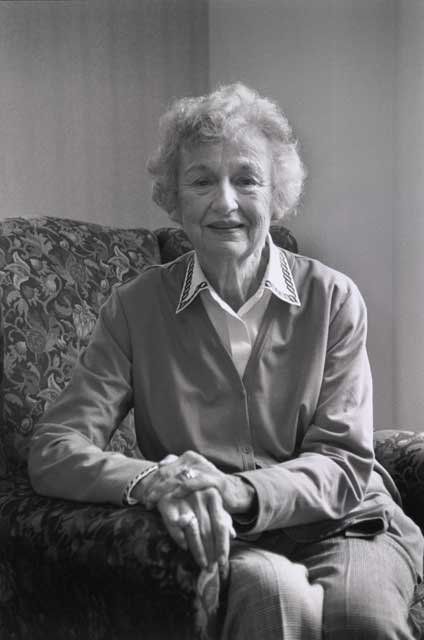